“Health and social care begins at home.” Who knew? 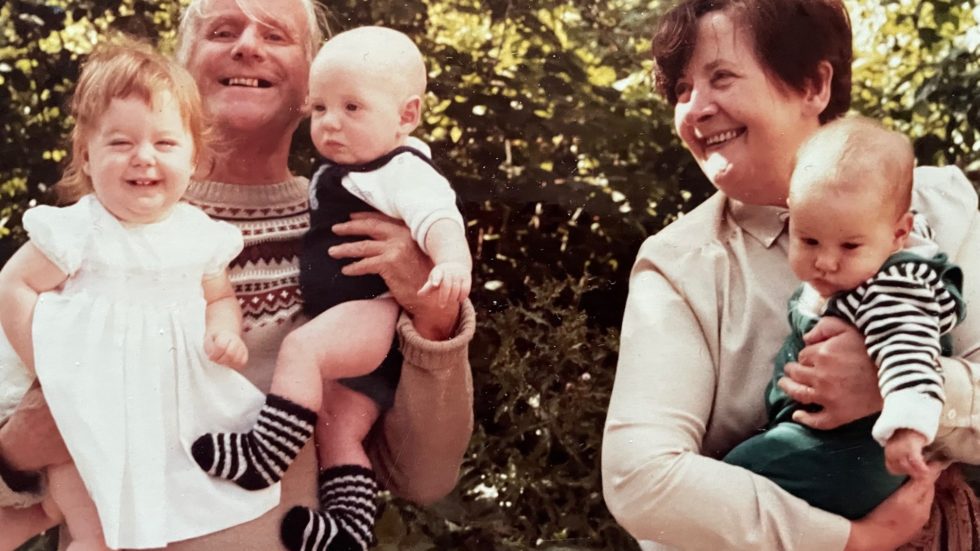 “Health – and social care – begins at home. Family first, then community, then the state.” So said Sajid Javid at the Conservative Party conference.

It would be easier to enjoy the mirth his statement stimulated if it weren’t that it also sparked even more understandable fury.

On the funny side my favourite is the woman who tweeted that neither she nor her dad are looking forward to her next smear test.

On the anger side there are just too many to choose from, while for factual perspective you can’t beat this graphic from the UK Home Care Association (reproduced with their kind permission).

So should we just treat Javid’s statement as an ominous warning about the government’s intentions, or is there a more serious point that deserves engagement?

I think there is, because we do need a national conversation about the relative roles of family, community and care provider – and, indeed, about the agency of people receiving support themselves.

Here is how the Buurtzorg onion model represents those relationships, with the person receiving care at the centre. 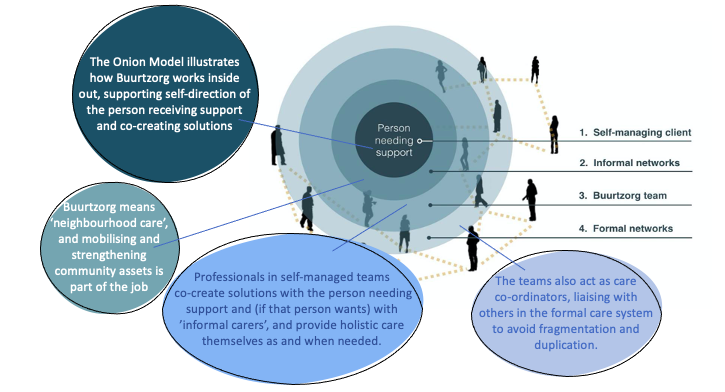 Javid’s pathway of family first, then community, then state makes all sorts of ‘one size fits all’ assumptions about the circumstances, aspirations and wishes of people needing support.

When my daughters were small I was lucky enough to have both my own parents quite close by to support us, but as immigrants they had lacked that and relied on the kindness and support of new friends.

I spent much of my dad’s last year caring for him with increasing intensity. My brother and I were self-employed and able to do that, while my other brothers were less able to do so.

Later, my mum’s support was vital to me as a lone parent, and later still I like to think my care improved her last years.

I often feel guilty about the many things I got wrong with all of the above, but none would have gone as well as it did without inputs from care workers, health visitors, social workers, nurses, doctors and other professionals.

Did those roles always sync well? No, but it is those relationships we need to work on rather than ranking roles in a way that could only fragment them even more and disempower the person needing support.

Javid also said: “We shouldn’t always go first to the state. What kind of society would that be?”

I agree, but if he is serious about enabling us all to take better care of ourselves and each other he needs to be serious too about the government’s role in removing the obstacles.

If it takes all your time and energy just to keep a roof over your children’s head, what’s the chance you can care well for your parents too? Yet that is what is already demanded of millions of people, mainly women, and Javid’s approach would make it worse.

It is possible to make better use of all our assets – those of people drawing on care, of the communities around them and of the state and professionals – if we get those relationships right and allocate resources where they are needed.

As well as improving care quality and winning Dutch Employer of the Year five times, Buurtzorg has reduced the number of hours of professional input per client by half and cut overheads, both of which have enabled resources to be distributed to where they are needed more.

That is why we in Buurtzorg believe we have an important contribution to make to the future of health and social care in Britain, alongside many others working for the same goals.

On 19 October, in London and online, we bring a wide range of those people together to explore what it takes to build caring places and healthy communities.

Do please join us. Tickets are on sale until Tuesday, with many available at half price or free for those that would otherwise be unable to take part. If that’s you, just drop us a line by email or social media.